Alternatively, read our cookies policy to find out more about our cookie use and how to disable cookies.
Accept & Continue
Time to update your browser….
You’re using a browser that doesn’t display modern web sites properly. Please upgrade to a newer browser to fully enjoy this website.
Close
We all know that setting goals helps us to achieve more in life – but why? What’s the science behind it?

From politicians to business leaders to pro athletes, those at the very top of their game have one thing in common: they’re goal-setters.

Goals give us direction – they allow us to visualise the best possible version of ourselves and take steps to become that person. But why is goal setting such a powerful tactic? What’s the science behind it?

Prepare to be enlightened…

It’s all in the brain

When we set ourselves a goal, our brain treats it as if it were a valued possession; like it’s a tangible object.

Now, just imagine how you’d feel if you lost something that’s really precious to you – your wedding album, your favourite mug, or the necklace you inherited from your gran, for instance. Failing at our goals evokes similar, negative emotions; and it’s our desire to avoid these emotions that drives us to achieve our goals.

As soon as we create a goal, we take ownership of it and see it as ‘ours’; it becomes ingrained into our sense of identity. Psychologists call this the ‘endowment effect,’ where we are more invested in objects and ideas when we own them.

In a famous study* on the subject, conducted in 1998, participants were each given a mug and asked to trade it for a chocolate bar. Most refused to swap, which isn’t really surprising – a mug is a better keepsake, after all. However, when the study was flipped and participants were given the chocolate bar first, they were equally as unwilling to trade for the mug when it was offered to them.

The value of the two items didn’t matter; the participants valued either the chocolate bar or mug more, simply because they considered it theirs. What this means in terms of goal setting is that, by viewing the goal as ours, we become highly invested in it - and more reluctant to lose it by failing.

We all experience momentary bursts of excitement when we achieve something – think back to the time you beat your other half at tennis, won £40 on a scratch card, or answered five questions in a row correctly on Mastermind. Our brains are stimulated by winning and by our accomplishments, and the sensation of pleasure we feel is all thanks to an organic chemical called dopamine.

It’s down to dopamine that we feel a desire to keep succeeding; ultimately, because it makes us feel good! The chemical rewards our achievements by improving our mood – so when we’re chasing our goals, we’re also chasing that natural high.

But it works both ways. When we fail at something, dopamine is drained from the brain and this can cause us to become anxious and lose focus. It’s why many people have a fear of failure.

What science means for saving

So, how can all of this be applied to saving? One thing’s for certain: we need to set financial goals and take ownership of them. Whether you’re saving for a trip abroad, a new kitchen, or putting money aside to start a family, having a goal in mind will keep you focused and motivated to getting what you want out of life.

The good thing is that our brains want us to accomplish our goals; they’re on our side! By releasing dopamine that makes us feel great every time we succeed, it helps us to develop a positive mind-set towards setting goals and achieving them.

So, what are you waiting for? Envision the future you and start taking actionable steps to become that person today!


*We're not responsible for the content of other websites. 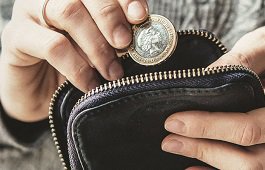 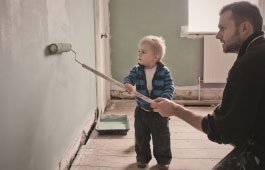