Alternatively, read our cookies policy to find out more about our cookie use and how to disable cookies.
Accept & Continue
Time to update your browser….
You’re using a browser that doesn’t display modern web sites properly. Please upgrade to a newer browser to fully enjoy this website.
Close
The tiredness that comes with a newborn is unparalleled. But there are ways to tackle it head on...

Two weeks after my daughter was born, I decided to brave the outdoors and ventured to my local café for a catch up with friends. As they played pass the parcel with my baby, they asked how I was finding motherhood and I smugly replied, “a doddle” – but the multiple bags under my eyelids told another story.

Smooth, I thought, until I caught my reflection in a mirror and realised I resembled something out of Dawn of the Dead. I sat down, and all of a sudden began crying uncontrollably into my mocha. On cue, my daughter started to screech.

What can I say; the lack of sleep sent me doolally. I was used to getting eight solid hours, so slicing that in half was a huge struggle. Embarrassed about my public outburst, a friend reached for my hand and said quietly, “it gets easier.”

Oh, the joys of parenthood! But, much to my disbelief, things did get easier. My body began to deal with the deprivation (which meant no more sobbing in cafes) and before I knew it, four hours of sleep became five, and then six. I still remember the first morning I woke from eight hours of uninterrupted slumber; I fist-pumped the air, then hurtled into the nursery to check that my baby was still there.

And what about my other half? Well, I envied him to begin with. I thought he was getting off scot-free, vanishing to work five days a week without having to feed, clothe, change or bathe our little human. But when I saw the bags starting to appear under his eyes, I realised that he was finding it just as tough as I was. He was a working dad trying to function on minimum sleep. Plus, he had to deal with me.

Nothing can truly prepare you for the sleep loss either of you will endure with a newborn. But the good news is that there loads of things you can do to lessen the effects of sleep deprivation so you both feel as human as possible. Mums and dads, take note…

When we returned home with our + 1, I foolishly assumed I’d be able to slot back into my old routine. I tried doing my usual household chores, but with the addition of a wriggling, screaming, hungry being that demanded my attention 100% of the time. I was not successful.

You’ve just had a baby… cut yourself some slack! Preserve the energy you do have by learning to prioritise. Do you really need to sort out your winter wardrobe? Does under the bed really need hoovering? Some things can wait.

When the both of you are home in the evenings, divvy up the duties so you each get the chance to have a rest – Who’s bathing baby? Who’s putting baby to bed? Who’s cooking dinner? You’ll be tired from a day of looking after your little one; your other half will be tired from a day in the office. So, splitting tasks will help to ensure you both get a well-earned break.

You snooze, I snooze

I managed to convince myself that my newborn was purposely trying to sabotage my sleep (and then I reminded myself that she has a tiny brain). During the day, she’d doze off in the car, on a walk, at a friend’s house – whenever it was impossible for me to join her. But at night, snuggled under sheets on the sofa, snoozing was the last thing on her mind.

Your sleeping patterns are unlikely to match up; but if an opportunity comes your way to catch some kip with your kid, seize it. If, like me, you’re not the sort of person who can drop off on demand, just resting your eyes and having some peace and quiet can leave you feeling refreshed.

At the weekends, share the night shift with your partner. Take it in turns to get up with your baby – you’re in it together, after all!

I made a new best friend shortly after giving birth: caffeine. I guzzled coffee like it was going out of fashion, much to the dismay of my other half who was responsible for stockpiling the stuff. But my caffeine highs didn’t last long and I’d always suffer an almighty crash.

With a good night’s sleep out of the question and caffeine not quite hitting the mark, I needed to get energy from another source. And so, I started making changes in my diet, subbing sweet treats (sob) for wholesome foods to preserve my meagre energy levels; and I packed a few healthy treats in his lunchbox too.

Wholegrains, nuts, veg, and potassium-rich bananas all played their role in perking us up, and when I learned that dark chocolate is packed with iron and magnesium, I jumped for joy.

During the first few months of parenthood, my partner and I were very reluctant to ask for help. We were stubborn in fact – we wanted to show our friends and family just how well we were coping. We didn’t want to let on that we felt completely out of our depth.

Then, we reluctantly agreed to my parent’s (seventh) offer to babysit. We went out for a casual meal, and do you know what? We relished every second of it. For a few hours, we dropped our parenting duties, reverted back to our old selves, and enjoyed something we used to take for granted. Asking for (or accepting) help isn’t a weakness; it’s a sign of being human!

My partner and I used to play a game; essentially it was parenting top trumps. Each morning, we’d ask questions like, “how many times did you get up last night?” and “how many hours of sleep did you get?” And when I’d find out that he had 7 hours compared to my 3, I would be miserable – regardless of which side of the bed I got up on.

This was a bad game. So instead, we started to laugh. The best way to get through a sleepless night or alleviate tension between us was to simply laugh it off, realising (or hoping) that the next night would be better. Yes, we probably sounded like crazed first -time parents to our neighbours, but it made us feel better.

Get some fresh air

Sleep-deprived, I thought the best thing to do was lounge about the house in comfy clobber, caring for my newborn. I didn’t want social interaction, but my hermit tendencies soon led to me becoming restless and irritable. I’d developed cabin fever.

Staying cooped-up indoors wasn’t helping my mood, so I made it my mission to pack the pram and take a stroll outdoors for at least half an hour a day. The exercise and fresh air left me feeling energised, and both myself and my baby would come home in better moods than when we left.

At the weekends, to save us from bouncing off the walls, the three of us would head out on day trips. We’d meet up with fellow parents for walks in the park – parents who felt our pain. As we shared bedtime stories, we realised that we aren’t the only ones in the situation, and that made us happy.

Being a parent is one of life’s greatest gifts; and trust me when I say, all those sleepless nights are worth it in the end. Before long, you’ll be the one comforting a friend in a café, telling them, “don’t worry, it gets easier”… 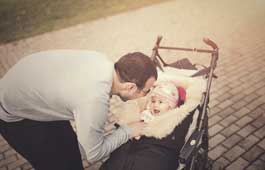 From Hero to Zero? The new Dad dilemma
Read more 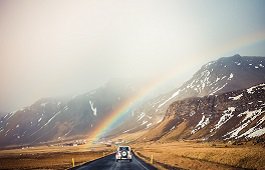 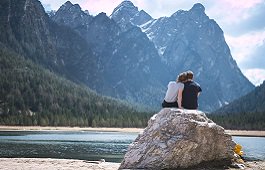 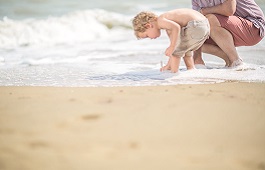