Alternatively, read our cookies policy to find out more about our cookie use and how to disable cookies.
Accept & Continue
Time to update your browser….
You’re using a browser that doesn’t display modern web sites properly. Please upgrade to a newer browser to fully enjoy this website.
Close
Does protecting our kids mean they have to lose their freedom?

Life was much simpler in the good old days. At least, it was for parents of young children. Back then, you wouldn’t think twice about letting your seven-year-old child play outside… unsupervised… in the dark. Or drink from a garden hose. No one judged you for leaving your kids in the car outside the shops while you popped in for bread and milk. And guess what? Back then it was OK for kids to actually be bored from time to time. Those were the days…

The world has moved on; in many ways for the better. But there is a widespread sentiment that today’s primary schoolers are missing out on some of childhood’s very best bits. The freedom to… climb trees unaided, play in the dirt without being rubbed with an antibacterial wipe afterwards, and have a group of real-life friends rather than virtual ones.

All work and no play…

As parents, we are 100% focused on keeping our children out of harm’s way, and that’s no bad thing. However, there’s a difference between keeping a child safe and wrapping them up in cotton wool.

For many parents today, time is precious. We have good intentions, but life gets in the way. As children, we were told: “fresh air will do you good” and we tell our kids the same thing. However, there will always be days when our child’s fresh air quota is nothing more than the (generally rushed) walk to and from the school gates or the short journey from the doorstep to the car.

Research sited by The Guardian* suggests that 21% of today's kids regularly play outside, compared with 71% of their parents. Children no longer spend weekends roaming the local area unsupervised, exploring on their bikes, or heading down to the park to play with friends.

As a result, our kids are less active than ever before. Research from Persil’s 2016 Dirt Is Good campaign*, found that, in a poll of 2,000 parents of 5-12-year-olds, almost a quarter (74%) of children spent less than an hour playing outside each day, and spent double the amount of time playing on screens as they did outdoors.

Fear of the unknown

We all know how we’d like to raise our children, so what are we doing wrong? What are we afraid of?

As youngsters, we were warned about ‘stranger danger’, but now the phrase sounds outdated. If it’s predatory adults we’re concerned about, the stats show that no more children are abducted or killed by strangers today than in years gone by.

As the world around us has gone online, so has our focus, and our fear is now directed towards the threat of online predators. Children spend an increasing amount of their time online unsupervised, and this poses a very real threat. We think we’re protecting them, when ironically they might be safer playing with their friends in the street.

But, perhaps, in the age of social media, our ultimate fear is being compared to other parents who appear to be doing a perfect job.

Computing and IT is an essential part of the school curriculum, and screen time is all part of a child’s education. But just as they are exploring the digital world, they also need to explore the natural world. As parents, it’s up to us to get our kids spending time in our countryside, our city farms and our local parks as much as possible.

Life is always going to be hectic, but by letting our children explore more and take more risks we are giving them an all-round education. They might come home in need of a plaster or two, but their sense of adventure will know no bounds.

After all, what’s wrong with letting your kids sleep in a tent in the garden on a warm summer’s night? By morning, they’ll have had a lovely time – an adventure to remember. You, on the other hand, won’t have slept a wink for worry…

But that’s parenthood for you.

* We’re not responsible for the content of other websites. 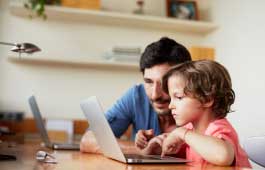 Parental control: how to protect your family online
Read more 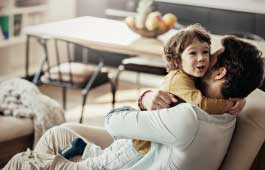 5 ways to invest in your child’s future
Read more 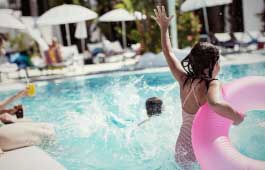 How to pick a family holiday
Read more